I once witnessed a spectacle of Silence in the Berkeley Community Theater. Every one of the 3,491 seats was occupied. On stage sat Thich Nhat Hanh, a Vietnamese Buddhist monk. Next to him sat a young woman. The monk spoke about mindfulness, about awareness, about respect for each other and all living things. He spoke slowly and quietly. From time to time he would fall silent, and the woman would pick up and ring a bell that rested on the floor in front of her. The reverberations of the bell could be heard throughout the auditorium and felt within each person’s brain, stimulating perceptions of intuitive subtlety.

Thich Nhat Hanh’s talk was less about information than experience. The words were like a tour bus carrying the audience to ancient sites of meaning and depth and beauty. Though the bus was still and unmoving, we traveled far and saw much. Anyone could have dropped a tack or a nail file, even a piece of paper, and the noise would have seemed loud because the Silence was so great.

After some time, I felt the audience breathe in unison, a meditative breathing, a breathing that connected us together and to the awareness of which the monk was speaking. I thought I was sitting in the mountains at twilight, when life itself begins to creep from its hiding places like a deer come to drink from a lake of pentagrams and stars.

Even when speaking, the monk was silent, was Silence. In order to hear his words of Silence and the Silence within his words, the audience had to be silent and become Silence. It was a spectacle. We were embraced by Silence and thus set free from agitation, from separation, from duality. It would have been impossible for any anger or cruelty to arise in that community. It would have been impossible for anyone to harm another in any way. We were transported to reality.

Silence cannot be explained. It cannot be known or experienced in a way that might be familiar to us, as we are used to experiencing other events in our life. However, when we say beauty or love, and when we are meeting those two in a pure and honest place, then we can say that Silence has come into our life.

We can only use words to point in the direction of Silence, such that if one actually goes into the distance towards which the words point, one will eventually come upon Silence as a fact. When Silence is beheld as a fact, all speculation, argument, and belief about that to which the word Silence refers ends instantly and forever.

Silence is oneness. Silence refers to a state of fundamental unified existence, a condition of being in which all conflict, fear, doubt, projection, memory, delusions – all subjectivity and objectivity – are dissolved and thus resolved. Silence is an instantaneous recognition of that which is out of time and unconditioned by cause and effect. If one were a religious person, one could say that Silence is the soul of God, or perhaps the God of God.

If this sounds abstract, vague, or esoteric, it only sounds so because we cannot say exactly what Silence is. Some things are so very beyond the reach of words and metaphors, symbols and images, beliefs and concepts that all attempts to describe them are foolish. And yet, even as we speak foolishly and impertinently of that which cannot be said, something within us will smile knowingly. It is this intuitive resonance that words can stimulate.

This is the direction we can point to and go toward, walking or running, in order for the recognition of the wordless to become real. But even as Silence becomes indomitably real, as taut and tense and thrilling as a tidal wave crashing upon us, crushing us beyond recognition—even as this happens, we cannot speak its truth.

Being led to Silence might imply that Silence is somewhere else. This is only a figure of speech. Silence is always the first thing and the last thing. It is always present, but very subtle, so we must therefore learn to recognize it. The direction of Silence is any direction. There is no place that Silence is not, although we cannot apprehend it with our senses or with our minds.

Still, let me suggest a foolproof way of coming into Silence quickly, so that Silence becomes a fact for us. First, we must develop the ability to distinguish one thought from another. When we can do this, we must then develop the ability to see clearly the space between two thoughts. When that space becomes large and stable enough for us to drive a truck through it, we will know Silence as a fact.

In the very center of universal manifestation, one finds swirling gusts of Silence, vast galactic streamers millions of light years long. If we try to understand this Silence through our mind, we’ll never understand it. Silence is realized in a moment of communion, in a moment of losing our separation from life. The underlying truth of existence is Silence.

Silence embraces everything and cannot be known because to know Silence, we would have to be separate from Silence, and Silence would then be an object of our perception and of our knowing. Silence refers to that which is beyond this dualism of knower and known. Silence becomes a fact when we and life become an inseparable whole. Even though we are trying to define it, no definition of Silence is accurate. We don’t want to think that by defining it, we can know it. Silence is knowable only to itself, and we come into that knowing through an alchemy of self-transcendence.

We can only create a definition that points to Silence. The truth of reality is silent. It is undisturbed. It is causeless. It is out of time, out of space, non-dual. Silence is the preeminent nothingness in which the universe dances in spectacular and mysterious ways.

If Silence is the United States, then intuition is Ellis Island, the first stop of immigrants seeking asylum. Intuition is the first hint, the first experience of the far greater country of Silence. Intuition is not a tool, but rather an intelligence that uses us. We might not see this right away. Intuition is willing to be used, but only for a time. One day, it will require that we suspend our goals and objectives, our plans and aspirations, for a fuller recognition of what intuition is, what it represents. We will come to see that intuition is the ambassador of Silence, and we must serve that Silence, for it is the soul of the world.

In the instant of intuitive perception, we are taken wholly into that power of knowing which is beyond the mind. In going beyond the mind, we go beyond all notions of self and identity, of thought and belief, of perceiver and perceived. A photograph of the intuitive flash would show only light. There would be no other image, only light. The light of intuition is the light of consciousness.

Intuition is Ellis Island, the gateway to freedom. In order to be free, we must want freedom, we must be willing to leave behind the old countries of control and manipulation from which we have come. We cannot come to this new country with ideas of exploitation, as gangsters. We have to come as servants of the new freedom. We have to learn new ways of living. We have to become students of Silence and freedom in order to learn how to live without fear, without violence, without cruelty. 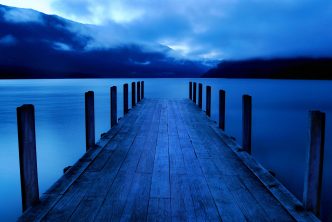 A Journey to Silence 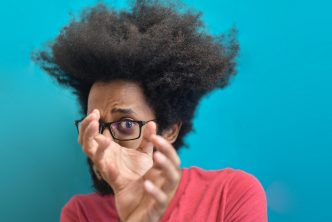 On the Nature of Great Events 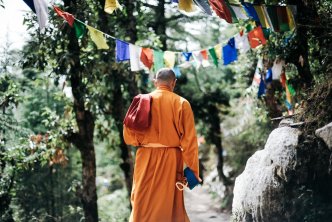 Hymn to Silence and Surrender

Robert Rabbin is a contemporary mystic; a speaker and writer who presents Radical Sages programs throughout the world. He is a leading exponent of Silence and self-inquiry as a way of revealing our...