Chinese medicine is one of the world’s oldest bodies of medical knowledge. Archaeological sites in China indicate that acupuncture and herbal medicine were used as early as 1000 BC. By the Han Dynasty (206 BC to 220 AD) the basics of Chinese medical theory and practice were firmly in place. And as early as 400 AD the medical classics that provide the foundation of Chinese medicine were completed. This includes the famous Yellow Emperor’s Classic of Internal Medicine, used today by the serious student of Oriental medical theory.

What is most impressive about Chinese medicine is that it works!!! Almost 25% of the Earth’s population has used or has access to Chinese medical procedures, including acupuncture, herbs, and therapeutic exercise. And the same principles written about in the classics are still practiced today, centuries later. Western medicine, with all its technological advances, does not have this tradition of consistency.

Do you remember, not too many years ago, when we used heating pads on a badly sprained ankle? Now, of course, the treatment is ice, and most clinical and physiological findings support the use of cold in reducing the edema and swelling of a sprain. Chinese medicine, in all its simplicity, would diagnose a hot and swollen ankle as a “heat” condition, thus prescribing cooling as the treatment principle.

So, what are the principles of Chinese medicine? In most simple terms, health is based upon equilibrium and dynamic balance between the two opposing forces Yin and Yang. Yin is considered female, yang is male. Yin is earth, dark, and relates to body substance. Yang is heaven, light, and is body function. Yin the negative pole of a magnet, yang the positive. The parasympathetic nervous system that slows down metabolism is Yin; the sympathetic system, which speeds up metabolism and the heart rate is Yang. Health is seen as harmony between Yin and Yang, and illness as an imbalance of these forces.

The Five Element Theory, an integral part of Oriental medicine, also represents the keen ability of the Chinese to define the interaction of the body like the forces of nature. The Five Elements– Fire, Earth, Metal, Water, and Wood– are represented in the body as the heart, stomach and digestive tract, lungs, kidney, and liver.

The laws that affect these elements in nature, such as water putting out fire, also relate to the relationship that these organs have upon one another in the body. We see this often with high blood pressure. Instead of treating the heart, western medical doctors often use diuretics which increase urination, thus using the Chinese principle of treating the kidney to control the heart.

There are many interesting attributes and relationships between the Five Elements. For instance, many persons with “Wood imbalances” have tendencies to aggravations in the spring, have elevated liver enzymes, eye problems, and a tendency to be angry and irritable.

If you have a yellow or sallow face, are vulnerable when the seasons change, are an incessant worrier, and have a sing-songy voice, according the the Five Elements you have an “Earth imbalance”. Or do you know someone who has a very red face, he seems to sweat easily, he is jolly and good natured, sort of like Santa Claus? He may be a “Fire” type of person.

What does all this mean to you? If you know about your imbalance of Yin and Yang, then taking care of yourself may be a bit easier. Those who are over-achievers have too much Yang in their lifestyle. The remedy of Yin– rest and a vacation– may be more beneficial than any herb, nutrient, or treatment available. Also knowing your Element or organ imbalance may make it easier for you to determine which nutrients, herbs, exercise, and diet may be most suited to you.

Many people have gotten into the habit of taking supplements like “drugs”–for coughs, colds, and other ailments–and ignoring the source of their condition. Treating symptoms without supporting the whole system misses the point of “natural medicine”. And Chinese medicine gives you a tool to begin to determine what the deeper causes and imbalances might be that contribute to your health– and ill-health.

I encourage you to take a closer look. Traditional Chinese medicine is not the only system that works. Homeopathy, naturopathy, and Ayurvedic medicine offer solutions that help you to determine causative imbalances. There are many books explaining these concepts in greater depth. And you could try seeing a health care practitioner to get more clarity. It may seem like a big undertaking, but start now. It is an interesting educational journey.

Janet Zand, OMD, L.Ac., is a respected naturopathic physician who lives and practices in the Los Angeles area. She has developed a unique and effective method of combining herbal medicine with nutrition, homeopathy and acupuncture. Her credentials include a Doctor of Naturopathy, Doctor of Oriental Medicine, and Certified Acupuncturist. Dr. Zand has over fifteen years of clinical experience treating with natural medicine, as well as formulating her own line of herbal supplements. 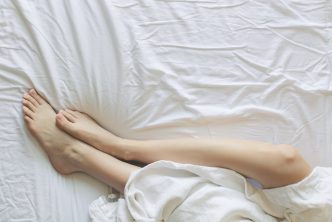