The human brain and spinal cord are surrounded by a watery fluid called cerebrospinal fluid (CSF). It protects the brain and spine by acting as a shock absorber, and physicians believe that it also provides an invaluable ‘diagnostic window’ to the central nervous system (CNS).

To examine the CSF, doctors perform a spinal tap (or lumbar puncture) by inserting a hollow needle between the bones (vertebrae) of the lower spine to sample the fluid surrounding the spinal cord. This fluid sample is then sent to a lab. 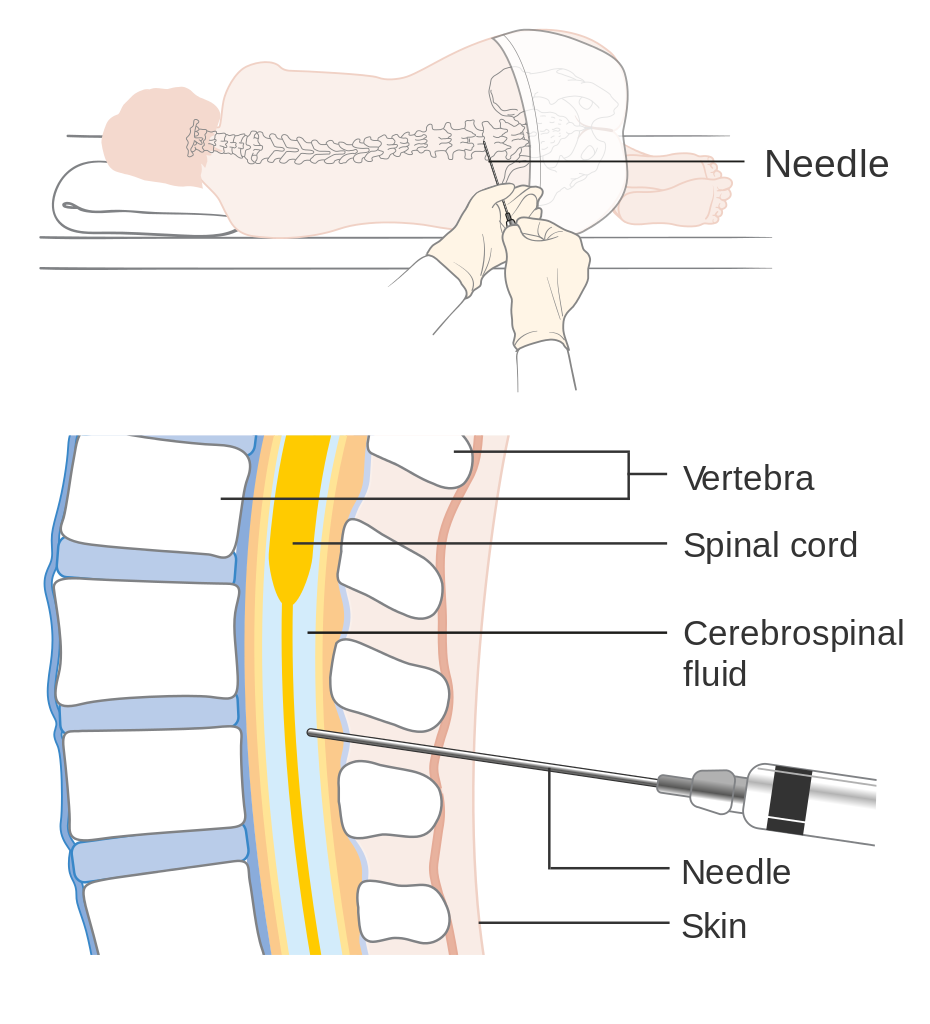 Tests look at levels of white blood cells, sugar and proteins as well as evidence of bleeding, infection and abnormal cells. A spinal tap can help to diagnose a variety of disorders, including meningitis, multiple sclerosis, encephalitis, polio, Guillain-Barré syndrome, Reye’s syndrome, subarachnoid hemorrhage (bleeding around the brain), AIDS-related diseases and CNS cancers.

In addition, lumbar punctures are also used to:

During a spinal tap, you need to either lie on one side with your knees drawn up towards your chest or, while sitting, bend over a table using pillows for support. These positions allow your back to curve as far as possible so that the vertebrae are widely separated.

How accurate are the results?

Given its popularity, it is surprising how little is known of its accuracy, and several things can interfere with an accurate interpretation of CSF fluid.

CSF fluid analysis is more difficult if the procedure is ‘traumatic’ – there is injury to surrounding vessels resulting in blood and other fluids leaking into the sample. The larger the needle, the more likely the risk of trauma and contaminated CSF fluid. With trauma, tests for herpes simplex and Epstein-Barr viruses are likely to be false positives (suggesting an illness where there is none).

Faulty technique can lead to too much or too little fluid being drawn, leading to a higher risk of adverse effects and/or a repeat test. Poor hygiene (such as not cleaning the injection site properly or not wearing a surgical mask) can also result in contamination of the CFS sample.

What are the risks?

Lumbar puncture is a routine procedure that is often done on an outpatient basis. Little formal training is given. Indeed, many believe that the procedure is so straightforward and safe that it needs no special training. Nevertheless, physician error is a common cause of adverse events, and residents (medical students) doing spinal taps are known to make frequent errors (J Med Educ, 1977; 52: 689-90).

In a study involving 71 hospitals, only a third inserted the needle correctly. Most physicians preferred to do the procedure with the patient lying down, although it is quicker and easier with the patient sitting (BMJ, 1998; 316: 1709-10).

Choice of needle is crucial. Since the 1920s, advocates for atraumatic needles have argued that use of a smaller tapered needle with a blunt tip results in separation, rather than severing, of the dura (a membrane surrounding the CNS) and so fewer complications. Opponents of blunt needles contend that the technical difficulties associated with their use cause longer and more complicated attempts, and so more failed procedures.

Possible adverse effects from a botched spinal tap include nerve and tissue damage, chronic low back pain, implantation of epidermal tumors, infections, internal bleeding and blood clots along the spine. Very rarely, it can induce cardiac arrest and seizures.

As much as 40 per cent of patients experience this throbbing, sometimes severe, headache that is worse when standing, moving, coughing, straining and sneezing, but improves or disappears when lying down (Ann Emerg Med, 1993; 22: 1863-70). The longer the patient stays upright, the longer before the headache subsides when lying down.

The cause(s) of PDPH is not clear. CSF pressure falls during and for some time after drawing off the fluid. Needle damage may cause leakage that exceeds the rate of CSF production, causing low CSF pressure. Headache, numbness and nausea are due to the stretching and irritation of pain-sensitive structures, including the dura, cranial and spinal nerves, and veins as the body tries to compensate.

Power to the Patient