As a Wall Street investment banking executive for many years, I discovered the power of invested capital to create companies, build new industries like biotechnology and the Internet, and create billions in stock market value. But as a business and life coach and spiritual teacher, I realized that our greatest resource is the inner wealth that lies within us — our spiritual or inner qualities such as insight, intuition, vision, and so on. Learning how to awaken and invest this tremendous inner wealth will enable you to reach your goals, increase your income, and find deep personal fulfillment.

Many have heard Russell Conwell’s story Acres of Diamonds about the south Asian farmer who sold his rather rocky farmland to go elsewhere to make his fortune. This seemingly poor-quality farmland later turned out to be the Golconda diamond mine, one of the richest ever discovered. How many of us judge ourselves as not being special enough, not being smart enough, not knowing the right people, or not having what it takes? Each of us is sitting on our own acres of diamonds, and we can choose to lament the cards that were dealt to us or to recognize that not only are we diamonds in the rough, but indeed, most of us are sitting on a huge treasure trove of inner assets that can be directly correlated to the material world.

Each of us has many choices of how to create income. Most of us spend the majority of our waking time in work-related activities. If you look at work as simply an activity that generates a paycheck, then ultimately you will have to find meaning in other parts of your life. Do what you enjoy, but if you enjoy helping people, you don’t necessarily have to work in a not-for-profit company. Recognize that the experience is more than just the work itself — what you bring to your work is a major part of it. When you begin to value yourself and what you have to offer, you will ultimately share with the world what is uniquely yours.

British author J. K. Rowling wrote the first Harry Potter book with the little savings she had and some public assistance. But her most valuable investment was her great imagination, her ability to paint pictures with words, and her vision of a fantasy world of muggles, wizards, and dragons. Many of Rowling’s friends and neighbors certainly had some doubts as to whether she ever would make any money as a writer. Yet within ten years, Rowling’s unique Harry Potter brand, encompassing books, movies, and merchandise, was worth several billion dollars, representing a return on investment that dwarfed even those of the early shareholders of Microsoft.

Come from Your Strengths

When I was growing up, I was ashamed of the fact that I looked different from and was shorter than my classmates. What I would have given to have been six feet tall with blond hair and blue eyes rather than being five-foot-six and Chinese American. But when I went to Wall Street, one of the hottest fund managers was Gerald Tsai, a Chinese American who was born in Shanghai. I discovered not only that it was okay to be Chinese but that there were quite a few advantages to it. I could walk into a crowded room, and while I might have some difficulty remembering everyone, most everyone would remember me. Also, I had inherited a solid work ethic, and one of my gifts was my ability to take in what might be an overwhelming amount of information and be able to not only sort it out but glean insights from it.

Steve Jobs, the founder of three great companies including Apple Computer and Pixar Studios, had the gift of being able to blend creativity with precision, and insight with imagination. Apple, which competed against giants like HP, Toshiba, Sony, and IBM, not only gained a substantial market share but built generations of loyal Apple users. It was the collective investment of the founding groups of both Apple and Pixar that created the inspiration for their products, the impetus for their funding, and the innovations that made them leaders in their industries.

When you use your inner assets and direct them with intention and focus, you need only add love in order to harness what I call spiritual capital, the essence of source energy. The feeling of love, which is the soul’s real currency, is more than a feeling of well-being; it is creative, connective, and transformative. When you invest your spiritual capital, the return on investment isn’t merely monetary; it opens up limitless possibilities.

Here’s an example: My good friend and mentor the late Jay Wells always looked for opportunities to help people. He made friends easily because he was interested in others. Those qualities helped him become a successful businessman. One day while recovering from a routine hospital procedure, Wells started talking to the nurses and other patients and asked why there weren’t any TVs in the hospital. He was told that TVs were a luxury — there was one in each of the doctor’s lounges, but other than that, the hospital couldn’t afford them. He began by donating a few televisions to the hospital, and eventually this led to the formation of Wells National Services, a public company that became the leader in installing and renting bedside televisions to hospital patients.

Joel Roberts, one of this country’s top media coaches, is another example of investing soul currency. For more than fifteen years, Roberts was the feisty, sarcastic, and often deliberately controversial drive-time radio host of one of the top-rated stations in the country, Los Angeles–based KABC. A music aficionado , Roberts was at a concert standing near one of the huge speakers when it accidentally blew out, causing him to lose almost all of his hearing in one ear and more than 60 percent in the other. After being at the top of his profession, he suddenly was unemployed. Or so he thought. Today Roberts helps authors, executives, salespeople, lawyers, publicists, and many others apply some of the same skills he used on the air, such as having a hard-hitting message, holding listener interest, and learning how to use news headlines to build a hook.

Investing soul currency is much more powerful than simply investing money. Soul currency enables us to live from possibility rather than investing from fear and risk. From an open heart, we are able to share and to put ourselves in the flow of not only material prosperity but the deep fulfillment and inevitable right action that love always produces. The message we receive is one of greater connection — connection with those around us and with the collective good as well as a deep inner connection to Spirit that brings us fulfillment and a sense of greater purpose.

Ernest D. Chu, a leading corporate finance expert, visionary, and strategic advisor to some of America’s best-run companies, has created more than $1 billion in market value for his clients. Of equal importance as his business activities are his spiritual pursuits. Chu currently serves as assistant pastor at Religious Science Ft. Lauderdale, the largest Religious Science church in the Southeast. His website is http://www.SoulCurrency.org.

Empathic Illnesses: Do You Absorb Other People’s Symptoms? 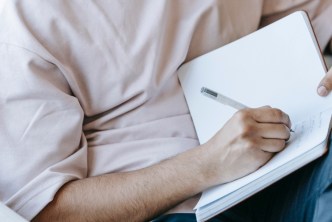 A Psychological Journal as Self-Care

Written by ErnestD. Chu
Add comment
Are You Ready to Get Exactly What You Want?
FacebookTwitterPinterestWhatsApp
365 Prescriptions for the Soul – Prescription #359: Joyfulness