We keep hearing about people who have been seriously affected by such traumas as childhood abuse, or being in war zones (“shell-shocked”), then suffering for years afterward with Post Traumatic Stress Disorder (PTSD). They may exhibit such problems as depression, anxiety, nightmares, insomnia, impaired relationships, and inability to hold down a job. While it is difficult to treat by traditional methods, there is an emerging new category of therapies known as “energy psychology” (EP), which recent clinical research shows is remarkably effective.

Energy psychology is relatively unfamiliar to most psychologists, counselors, and helping professionals, as well as members of the general public, but that is changing rapidly. Both a clinical and a self-help modality, it combines psychological and physical procedures for bringing about therapeutic change, and true healing. Based on established scientific principles that govern psychology, the approach also incorporates concepts and techniques from non-Western systems for healing and spiritual development. Its most frequently used methods combine the stimulation of acupuncture points (by tapping on them or holding them) while actively thinking about a specific psychological issue.

Sound strange? It may, but the field of EP is fast growing due to its ability to provide swift results, and with no abreaction, which is the intense emotional release which commonly accompanies the therapeutic process with trauma patients.

In the spring of 2006, 50 orphans of the Rwandan genocide, many of whom witnessed their parents die by machete, were treated with a single session of Thought Field Therapy (TFT). Following this session, scores on a PTSD checklist completed by caretakers and on a self-rated PTSD checklist had significantly decreased. The number of participants whose trauma scores showed PTSD, decreased from 100 percent to 6 percent. Retesting a year later showed that the improvements held. There have been many other outcome studies describing the effectiveness of EP methods in quickly and permanently reducing maladaptive fear responses to traumatic memories and related cues such as a car’s backfiring setting off an emotional reaction in a shell-shocked veteran).

Even so, the approach has been controversial. Some consider EP to fall into the category of pseudoscience. This is, in part, because the mechanisms by which EP works have not been fully established. That, too, is changing.

In his 2010 “Rapid Treatment of PTSD” article in Psychotherapy: Theory, Research, Practice, Training, psychologist David Feinstein speculates that adding acupressure point stimulation to psychological exposure is unusually effective in its speed and power because signals are sent directly to the emotional core of the brain known as the amygdala, responsible for the processing and memory of emotional reactions, and resulting in rapid reduction of maladaptive fear. The more we learn about brain function, electromagnetic energies, and neurochemistry, the more evidence there is to support this explanation.

Another possibility is that energy psychology techniques share certain characteristics with EMDR , hypnosis and other therapies that use highly-focused patterns of treatment. The client is asked to pick a specific difficult memory, then rate how distressing it is with a SUDs (Subjective Units of Distress) number between 0-10. They follow this with a therapeutic procedure, such as tapping on meridian points (related to acupuncture points), bilateral stimulation (tapping alternate knees, or moving their eyes back and forth) or the use of imagery. The client is then asked to report on his/her experience as well as the current SUDs level. If the SUDs is zero, the therapy is essentially done for this target issue. If it is not zero, whatever remains becomes the new target of the intervention. The therapeutic operation is performed again and a new SUDs assessment is taken. This continues until the SUDs is zero or close to zero.

A recent randomized controlled trial (soon to be published in the Journal of Nervous and Mental Disease) has shown EFT to significantly lower cortisol-related stress levels and self-reported psychological symptoms after a single treatment session. It’s exciting to see more complete research validating years of anecdotal positive results with EP — many of which, as in the case of the Rwandan orphan study or the rapid relief of PTSD symptoms experienced by U.S. combat veterans treated with EFT, have seemed incredible from a talk therapy perspective. While more sophisticated (and more expensive) studies need to be done, the data continues to stack up in favor of EP.

Despite my own training in psychoanalytic/psychodynamic talk therapy, once I introduced EMDR (and later EFT) into my practice some years ago, I was able to help patients overcome their fears and traumas more easily, quickly and completely. I still use EP in my practice, or refer patients for it while I focus on the more physiological aspects (diet, nutritional supplements, hormonal balancing, etc). I find the combination to be extremely useful: the brain functions better when it is biochemically balanced (and this works both ways, too).

It is possible that energy psychology is following the path described by William James a century ago: “A new idea is first condemned as ridiculous and then dismissed as trivial, until finally it becomes what everybody knows.” For more information on EP research, click here.

Living in Los Angeles, I was excited to find out that the 14th Annual International Energy Psychology Conference will be held at the Loews Coronado Bay Resort near San Diego, Calif. May 31 through June 3, 2012. It will offer the opportunity for psychologists, therapists and helping professionals to explore a range of EP approaches as well learn about the body of existing EP research and research in the works. Keynote speakers include Daniel Siegel, M.D., a pioneer in the field of interpersonal neurobiology, Marilyn Schlitz, Ph.D., president of the Institute of Noetic Sciences, and Gary Craig, founder and developer of (Emotional Freedom Techniques)

For more information about the annual conference, CEUs for attending — or about energy psychology in general, visit (The Association of Comprehensive Energy Psychology’s (ACEP)


The Canadian counterpart will be holding its Energy Psychology conference, New Therapies for a New Era in my (original) home town of Toronto, Oct 19-22, 2012. I will be speaking there as well on the biochemical aspects of healing the brain using natural supplements. The group is also hosting an online series of free lectures starting Mar 20th, with some of the biggest names in the field. (Click here for more information.

What is Imagery, and How Does it Work?

A Psychological Journal as Self-Care

An assistant clinical professor of psychiatry at the UCLA School of Medicine for 25 years, Dr. Hyla Cass is currently a speaker, consultant to the supplement industry, and formulator of a line of...

What Others are Reading 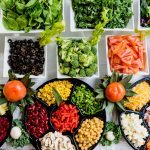 Your data is never shared with 3rd parties