Q: I have a ganglion cyst on my right wrist that is apparently pressing on a nerve and right over a tendon. It’s too painful to bash with the family bible. I’m due to see a hospital consultant with a view to its being either aspirated or removed.

Do you have any other thoughts? It hurts in all kinds of unexpected ways, like a knife stab when I move my thumb in certain ways; it sometimes even wakes me in the night. – Sue, via e-mail

A: These rubbery, fluid-filled cysts can affect the foot, shoulder, hand or wrist. They are common particularly in women in their 30s and 40s, tending to grow on either side of the wrist, at the base of a finger or on top of a finger joint. What causes them is a mystery, although injury or trauma is often involved.

The thick liquid within a ganglionic cyst is chemically similar to synovial fluid, which lubricates tendons or joints. It’s thought that fluid leaks out through a break in the tissue above a joint or a tendon. Ganglionic cysts start as minor bumps that later balloon into swellings ranging from the size of a small pea to a golf ball.

In themselves, they are considered harmless. They don’t spread and aren’t contagious. On the hand and wrist, they can interfere with normal movement and, as you know, they may also be painful – especially when doing repetitive movements such as typing. The pain may be localized or radiating to other parts.

The cysts tend to wax and wane in size, presumably as the fluid drains or refills. However, some create a kind of non-return valve, preventing fluid from draining back into the body. So, some cysts will disappear by themselves, but persistent painful ones do require treatment.

The old-fashioned remedy (of which you are clearly aware) is to bash the cyst with a heavy object, such as a thick book. This ruptures the cyst, thereby releasing the fluid and easing the pain. Bursting the cyst wall is also thought to help prevent it returning. Traditional GPs tend to recommend book-bashing over more sophisticated therapies, which are often less-permanent solutions.

Recurrence is one disadvantage of aspiration, the most common conventional treatment. Aspiration involves sticking a needle into the cyst and sucking out the fluid, usually with the help of ultrasound. It is reasonably successful for pain relief. In a study of 15 patients with a shoulder ganglionic cyst, four reported complete relief of pain and nine reported marked improvement (J Ultrasound Med, 1999; 18: 531-5). Nevertheless, the success rates of this procedure vary widely – from 27 to 67 per cent (South Med J, 1986; 79: 691-3; J Hand Surg, 1987; 12: 1041-3).

Reasons for aspiration’s spotty track record are that the fluid may be too thick to be removed completely, and it leaves the cyst wall intact, allowing regrowth – which it does in about half of cases. Also, if it does recur, the chances of getting rid of it completely through repeat aspirations are then very slim (Am J Sports Med, 2004; 32: 1022-8).

But surgeons claim that the recurrence rate may be reduced if steroids are injected into the cyst after aspiration. However, these drugs come with their own set of well-known problems.

The other conventional treatment is surgery. On the face of it, you might imagine this to be a minor operation, but it can actually be quite complicated. The surgeon not only has to remove the cyst, but also some of the underlying tissue – the tendon sheath or joint lining that the cyst seems to extend from. This makes the procedure rather tricky, and potentially hazardous to vital parts of the hand or wrist, such as tendons, nerves and blood vessels. 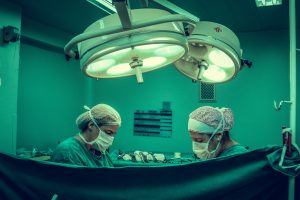 What’s more, surgery is also not necessarily the end of the matter: cysts can recur in about 10 per cent of cases. It usually takes about six weeks to recover from the operation.

What are the alternatives? This is one condition where watchful waiting (doing nothing but keeping an eye on it) usually works; in most cases, the cyst will go away on its own (Am Fam Physician, 2003; 67: 745-50). While waiting, you could try natural painkillers such as acupuncture or transcutaneous electrical neural stimulation (TENS), which sends a weak, adjustable, high-frequency electrical current to the nerves (Lewith GT, Horn S, Drug Free Pain Relief, Rochester: Thorsons, 1987: 18, 25, 56-61). Other possibilities include enzymes such as bromelain (see this issue’s cover story).

Other ways to relieve pain and reduce swelling are to apply ice, or wear a splint to force the wrist to be immobile for a few days, which may cause the cyst to shrink and so relieve the pain.

Homoeopathy may also help reduce the size of the cyst and allow the fluid to be reabsorbed by the body. Results are said to be long-lasting and usually permanent, but this is only supported by anecdotal evidence.

Power to the Patient