“I was having a persistent sinus infection that wouldn’t go away even after multiple rounds of antibiotics and decongestant medications. Listening to a guided imagery CD, I focused on my sinuses behind my forehead. A clear and vivid image of an eye with wings on each side came to mind. It seemed somehow meaningful. The CD directed me to focus intently on it, studying its color, texture and size. Suddenly, mucus fell into the back of my throat and I felt my sinuses clear for the first time in over 2 months. After that, the infection cleared up. I’m not sure what happened but it was something about the imagery and this way of paying attention.”
Charlotte A., 33, mother, Point Reyes Station, CA

It’s just common sense that it is the body’s natural healing abilities more than medicine that causes us to heal. A surgeon may stitch the edges of the skin together but it is the body’s response that heals the wound. A physician can prescribe antibiotics for an infection, but without an effective immune response, the patient will not recover. Healing is an innate property of life, and learning to support that property is critical to a truly good medicine.

A Tale of Two Gardeners

When my first daughter was a year old, we moved to a new home. In the back of the house, adjacent to her room, were half a dozen plants that were obviously in poor condition. The stems were virtually bare of leaves, and those that remained were curled, browned and discolored. There were no flowers or buds. I am not much of a plant person, but even I could tell that these plants were not doing well.

I called a gardener. A leather-skinned old fellow, he looked at the plants for less than a minute and told me that they were infested and diseased. He then recommended treating them with strong pesticides. The plants were right around our daughter’s room and I wondered if the pesticides might be toxic.

Concerned about the potential risks of this approach, I got a second opinion from an organic gardener, a pleasant young man who carefully examined the plants and their environment. He agreed completely with the first gardener about the infestation, but his treatment plan differed markedly.

He said, “You know, these plants haven’t been looked after for some time, and they are pretty sick. If they were healthy, they would naturally resist these infections. We might have to use some pesticides, but first, let’s give them some help and see what they can do on their own.” He then showed me how to prune the deadwood, aerate the soil, fertilize the plants, and get them on a regular watering schedule.

He cut the plants down to the ground so they wouldn’t be putting energy into non-productive growth. I was amazed that they could survive but he explained about roots, “There’s as much of that plant underground as above ground and from those invisible roots the new growth will emerge if we nourish it properly.” In the next few months, new shoots grew, and healthy leaves appeared. The next year, we had beautiful blossoms.

I use this story to illustrate two very different approaches to medicine and healing. One seeks to cooperate with, stimulate, and work with natural healing abilities, while the other goes to war with nature, and attempts to conquer her. Sometimes one works better than the other, sometimes both work, and sometimes neither. There is no reason that they need to be mutually exclusive, and there are many times over the past 30 years when I have worked with patients using both approaches side by side.

We have all been blessed with a mind that can evoke, understand, interact and cooperate with our natural ability to heal. The human mind can be our best friend and ally on our journey to healing.

Here’s a brief example: a young woman named Alexandra developed some breast lumps, and in spite of many assurances from very good doctors that they were benign, couldn’t stop worrying that they were malignant. With my guidance, she took few deep breaths, relaxed, and imagined that she could take her mind inside her breast. She invited an image to form that could tell her something useful about these lumps, and to accept and explore the image that came, whether or not it made immediate sense to her.

She reported that she saw a small stream, with a number of small stones partially obstructing the flow. As she looked more closely, she said that the stones actually looked like pearls, and began talking about how oysters formed pearls as a response to irritation, and that they were an attempt to protect the oyster from these irritations.

She realized that she had been stressed and keeping a demanding schedule, and to keep up, she had been drinking more coffee, eating poorly, not resting enough, and feeling run down. She felt this was likely the cause of the lumps. She ended her guided imagery meditation with a feeling of appreciation for the wisdom of her body, and a sense that she could and would resolve these issues. As she reworked her schedule, balanced her attention between others and herself, ate better and eliminated coffee, the lumps went away.

Alexandra, and other people who stop to consider what their inner wisdom is telling them through their bodies, learn that the wisdom of nature is built into them, and that they can access it by getting quiet and inviting its guidance. Seen in this light, symptoms are just a way our inner wisdom gets our attention.

By respecting your wisdom, asking for its guidance, and paying attention in the special way guided imagery provides, you will often find that illness can teach you about health and wellness. You learn that you can cultivate your ability to care for and learn from the healing nature that lies within you, and you can re-own your respect for the healing marvels that you truly are.

To learn how to use the guided imagery approach described in this article, visit www.thehealingmind.org

How Health Workers Can Promote Self-Care 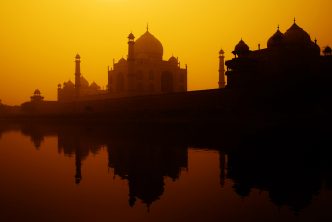 Physician, author, speaker, researcher, and consultant, Dr. Rossman founded The Healing Mind in order to raise awareness about the power of high quality...