Too Much of a Good Thing can certainly be BAD!

When there is an excess of any hormone in relation to the whole, an imbalance develops, and health problems can arise. When there is too much estrogen and not enough progesterone to counteract its effects, the situation is called estrogen dominance.

Estrogen dominance is a multifactorial situation and is caused by such things as exposure to excess environmental xenoestrogens, use of synthetic estrogens such as the birth control pill and hormone replacement therapy (HRT), anovulation (lack of ovulation during menstrual cycle, which is not uncommon among women older than 35), digestion issues (which tax the estrogen-detoxification process in the liver), unrelenting stress (which strains the adrenals and the thyroid), unresolved emotional issues, poor diet and negative lifestyle factors such as smoking and alcohol use.

How does estrogen dominance specifically alter women’s health? It has been linked to a wide range of conditions, including increase in PMS symptoms, uterine fibroids, and endometriosis, as well as symptoms including allergies, decreased libido, fatigue, fibrocystic breasts, headaches, infertility, irritability, and fat gain around the abdomen and on the top of the thighs. In addition, numerous studies demonstrate excess estrogen can cause breast, uterine, and ovarian cancers (which are all considered estrogen dependent cancers), and cervical dysplasia (a precancerous condition characterized by abnormal changes to cervical tissues).

It is easy to see how, in our contemporary lifestyles, estrogen can begin to dominate the hormone scene, with the prevalence of xenoestrogens; the use of HRT and oral contraceptives; diets skewed in favor of nonorganic fruits, vegetables, meats, and dairy products (which frequently contain xenoestrogens); stressful lifestyles; and increased estrogen production because of anovulation, imbalanced ovarian function and hysterectomies.

Cancer is among the most disconcerting of the possible outcomes of estrogen dominance. Because cancer rates are increasing every decade, it is likely that cancer has touched your life in some profound way. I know I am seeing more women with estrogen-dependent cancers in my clinical practice than ever before.

The American Cancer Society (ACS) estimates one in three women will develop some type of cancer in her lifetime. Breast cancer rates have increased from one in 20 in 1960 to one in eight today, though the rates have slowed since the 1990s. But the ACS says breast cancer incidence rates have increased lately in women older than 50. Among the risks the ACS lists for breast cancer are long menstrual history (early onset of menses and late menopause) and use of oral contraceptives and postmenopausal estrogens and progestin. These risk factors increase the lifetime exposure to estrogen.

The connection between excess estrogen and certain cancers is clear.

Harmful estrogens are difficult to detoxify and are stored in fat. In a recent study published in the Journal of the National Cancer Institute, researchers linked obesity to breast cancer. Women with a higher body mass index (BMI), which equated to higher levels of body fat, also had elevated hormone levels, particularly of estradiol, which is the more potent of the estrogens produced in the body. The researchers concluded, “The increase in breast cancer risk with increasing BMI among postmenopausal women is largely the result of the associated increase in estrogens.”

According to a study featured in Cancer Causes and Control, women can reduce their breast cancer risk by maintaining a normal weight, because that reduces the amount of hormones stored in fat.

Other things that are extremely important to remember to protect your tissues from an excess of estrogen and begin to restore function in your hormonal system are: 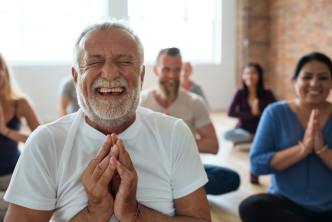 Elements of a Strong Foundation – Part 2 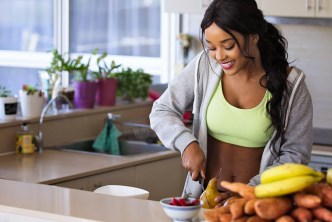 Elements of a Strong Foundation – Part 1

Do You Have a Toxic Workplace?

Dr. Holly Lucille is a licensed Naturopathic Physician graduating from the Southwest College of Naturopathic Medicine in Tempe, AZ where she received the prestigious “Daphne Blayden Award” for her...

Written by Holly Lucille
Add comment
Do You Have a Toxic Workplace?
FacebookTwitterPinterestWhatsApp
Hormone Replacement Therapy: Let’s think it through!