Its 5:07 pm on a Friday evening, I landed from a business trip, made my way through the maze at LAX to get to a cab, spent 45 minutes on the 10 freeway to go approximately 7.2 miles to my home, only to be greeted by a stack of mail, (mostly bills), 67 emails, (mostly spam), 5 voice mails (2 were my mother in law) and a nice pile of cat puke on my entryway landing. I slumped down in a chair, chin in hand, fought back the tears and thought to myself, this is more than just stress, this is my life!

Life in our modern day society seems to have brought, not only a flight of modern technology and anti-biotic resistant bacteria, but as well, a new form of “stress”. Stress that is chronic, insidious and worthy of a new paradigm of meaning and a different conversation when it comes to the way it is affecting our health. I plan to spend the next few columns breaking down this matter and providing suggestions to live an optimum life in a time full of obstacles.

The traditional definitions of stress summarize the entity as a physical event, for example an injury, or a mental state like anxiety that disturbs the body’s normal state of functioning and / or requires the body to respond. In its most refined and simple definition, stress is a disruption that causes a reaction.

The traditional stress reaction consists of a surge of chemicals released in the body after an individual perceives danger to prepare the body for survival. It is part of the primitive ‘fight or flight’ reaction to danger. The body switches on all crucial functions for survival and movement, the heartbeat is accelerated and blood pressure is elevated to assure that the muscles are flooded with circulation and nutrients, the pupils are dilated for better vision, fat and sugar are released for fuel and muscles tighten for quick movement.

Functions not associated with moving to escape danger such as digestion and libido are switched off. This mechanism was a beautiful thing 10,000 years ago when about every two weeks one might have to worry if they were to stumble across the path of a polar bear. However, this primal method of responding to stress has not evolved with our modern day society yet our stress response is still thought to be firing at an estimated 60 times per day without much chance for recovery. A national survey, released by the American Psychological Association found that one-third of Americans are living with extreme stress and nearly half (48%) report their stress levels have increased within the past five years.

This chronic state of stress, whether perceived or real, is causing a myriad of health issues that we don’t realize. The stress hormones elicited during the time of a stressful event are meant to be protective; however, when they are overproduced or not turned off when the apparent danger has passed, the same hormones can promote cellular damage and accelerate detrimental changes in the body that lead to conditions like persistent fatigue, bone mineral loss, brain fog and obesity. The situation is compounded by the tremendous amount of “passive” stress in our modern day, stressors beyond the traffic, family dynamics, finances and unresolved emotional issues.

We also have stress on our bodies due to the electromagnetic fields from cell phones and wireless internet, foods we eat that are laden with pesticides or that have been genetically modified and a society dependent on chemicals that we are exposed to on a daily basis.

So, it has been said that the first step is awareness! I challenge each and every one of you to start becoming aware of ALL of the existing modern day stressors in your personal life. Identify them so you can work with and decrease them as the first step to living optimally in a time where there are many obstacles.

Much more next time, believe me, we are just getting started with this one! 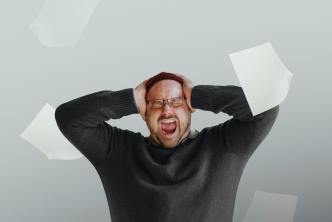 From Worry Wart to Worry Warrior

Interview with Susan Winter Ward:Yoga for the Young at Heart

Dr. Holly Lucille is a licensed Naturopathic Physician graduating from the Southwest College of Naturopathic Medicine in Tempe, AZ where she received the prestigious “Daphne Blayden Award” for her...