Does Prayer have a Prayer?

You may have read that a major study concluded that prayer has no effect on the health of the person being prayed for. Many scientists greeted the findings with cheers. They hope findings will finally put to rest all this ooga booga about the medical value of prayer and other spiritual interventions, which they consider, at best, a waste of scientific resources.

The study, published in the prestigious American Heart Journal, looked at the effect of intercessory prayer—people praying for the health of someone else—on patients’ recovery from coronary-bypass surgery.

The 1,802 patients, in six different hospitals, were divided into three groups. One group was told they would receive prayers, and they did. The other two were told that they might receive prayers—but maybe not. One of those groups was actually prayed for and the other wasn’t.

Three prayer teams were enlisted from churches, two Catholic and one Protestant. They were given brief written prayers to use, along with the first names and last initial of their assigned patients. They prayed shortly before the patient’s surgery and for two weeks afterward.

Of the patients who didn’t know whether or not they’d been prayed for, both groups—the prayed for and the not prayed for—had pretty much the same outcome: about half in each group suffered complications after surgery. The other group—patients who knew they were being prayed for—actually fared the worst: 59 percent had post-surgery problems, the most common of which was atrial fibrillation (heart flutter).

When I read about the study, I emailed several colleagues who are experts in the field and familiar with the body of research on prayer and other spiritual practices. Since their replies were confidential, I’ll keep their names to myself, but the gist was: the study says more about how not to do objective research on prayer than on the value of prayer itself.

About the study itself, it’s important to note that it was, in several ways, a departure from previous research. More important, it was a drastic departure from the way prayer is actually done in real life. For one thing, it employed congregations of ordinary people to do the praying.

“Previous studies,” said one of my expert contacts, “used agents who had many years of experience and/or reputations for getting healing results. This study is like showing that a bunch of people grabbed off the street don’t play basketball as well as professional teams. Surprise!”

In other words, the study doesn’t prove that praying for others doesn’t work, but rather that its efficacy might depend on who is doing the praying. It should not be surprising if we eventually learn that some people are better at it than others, and that some ways of praying are more effective than others.

Another factor is that those who prayed were doing so at the request of scientists and were praying for a bunch of strangers. In real life, people pray for others because they genuinely care about them, and their motivation springs from within their own hearts. In addition, they often perform the prayer in a sacred, ritualized context. Would it be shocking if such factors made a huge difference?

A scientist colleague said this: “Studies are more likely to succeed when a linkage is established between the person sending the therapeutic intention and the person who is the intended recipient. It’s crucial to study prayer in a manner as close as possible to the way in which it is used in real life. People, for instance, commonly say that they pray for their loved ones. This implies that caring, compassion, and a personal knowledge of the recipient play a major role.”

If prayer can have a healing effect on another person, regardless of how you explain it–whether as divine intervention or as an energetic transmission of intention across distances–perhaps the quality of feeling that the transmitter brings to it is more important than the actual words used.

The emotional bond between the healer and the recipient; the dedication and expertise of the healer; the setting in which the praying is performed—these factors are vastly different in real life as compared to the context of this recent study, which too many people have seized upon as proof that prayer is a waste of time.

“When prayer is wrenched from its usual context–people praying for those they know and love—it is little wonder that experiments often flop,” one scientist concludes. “What is being tested is not genuine prayer, but a watered-down, faux version of it.”

Bottom line: there is as yet no scientific bottom line on the effectiveness of prayer. If you’re moved to pray—whatever that word means to you—for the well-being of another person, don’t let the results of one study dissuade you. What is there to lose, after all, except some fear and anxiety?

The Role of Teachers

Healing the Planet as a Spiritual Practice 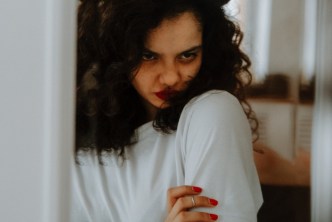 Philip Goldberg is a spiritual counselor and interfaith minister in Los Angeles. The director of the Forge Guild of Spiritual Leaders and Teachers, he has authored 17 books. His most recent...