From Fatigued to Fantastic

How Bad is the Problem?

About 20 years ago, with one quarter of Americans having chronic pain, the US government declared a war on pain. Unfortunately, it gave physicians absolutely no guidance on how to relieve pain effectively. So, with drug company encouragement, physicians turned to increasingly prescribing narcotics.

Now we have one third of Americans suffering with chronic pain, and nearly 17,000 overdose deaths per year from prescribed narcotics. 5000 of these are from people using them as directed by their physician. The rest are from diversion to street use, or from combining them with illegal opioids like heroin. These are the actual figures from research.

The government has decided to deal with this by declaring a “War on People in Pain.” Narcotic medications are being stopped abruptly, with people given no alternatives for pain relief. Sometimes, all they are getting from their physicians is the attitude “All pain is tolerable, as long as it is somebody else’s!”

Meanwhile, the propaganda war is ratcheting up with blame being fixed, instead of the problem. Instead of the nearly 17,000 yearly deaths from prescribed narcotics being discussed, the government is lumping in all deaths from even street drugs like heroin to inflate the figures and justify their actions.

So, let’s take a step back, and get some perspective on the real numbers:

All of this suggests that the current ill-designed war on prescribed narcotics may cause far more deaths by collateral damage than it prevents. It suggests that as many as 7 million additional Americans face the risk of suicide from unabated pain, in an effort to prevent 5000 prescribed narcotic overdose deaths yearly. You can be certain that the suicides will be ignored in making public policy.

Surprisingly, increased NSAIDs use from the anti-narcotic policy may even be more toxic than the narcotics.  Meanwhile, numerous people may turn to illicit drugs for pain relief, which carry a higher risk of overdose, as they have no idea what’s in what they are taking.

The answer is not to either ignore the overdose deaths or the suffering of those with chronic pain. There is a third option, which can effectively address both, that is being largely ignored.

Treat the root causes of pain.

Our research has shown that this can dramatically decrease pain and improve function without narcotics. Using fibromyalgia as a model, our placebo-controlled study showed that pain can be decreased doing so by 50%. A very large percent of people no longer qualified as having fibromyalgia by the end of the study 9.

Using the entire toolkit, including structural therapies (such as physical therapy and chiropractic) low-cost generic medications, and natural remedies, most pain can be effectively controlled, and often eliminated, without narcotics. But most physicians are simply not trained in, or even open to, these options.”

It is time to look for door number three in addressing these major problems.

Yikes! Chronic pain is indeed a global issue. Join us next week as we discuss NATURAL ways to alleviate your pain.

Alzheimer’s and Senility are Reversible 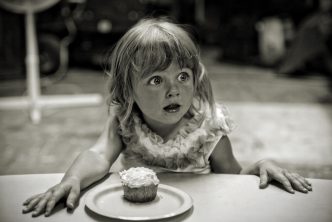 Jacob Teitelbaum MD is author of the popular free iPhone application "Cures A-Z" and author of the best-selling book From Fatigued to Fantastic! (3rd revised edition, Avery/Penguin Group) and...