Mysterious forces beyond our understanding are not only at work in the universe but directly involved in our daily existence.

This may sound ominous, but it shouldn’t be frightening. That’s because these mysterious forces are energy. Everyone and everything is energy, which is part of an interconnected force. A well-known adage in the realm of quantum physics states that there is no matter, there is just energy, which vibrates at different frequencies. This is not philosophy — this is physics.

It’s natural for people to fear the unknown. A mystery is an event or situation that is difficult to understand or explain. One of the greatest mysteries is what happens when we die. Do we cease to exist, or does our existence continue on beyond the material world?

There are logical and rational explanations for everything, even if what is required for them exceeds our current level of science and technology. This includes life after death. As Sir Arthur Conan Doyle, renowned psychic medium and creator of Sherlock Holmes, wrote, “Once you eliminate the impossible, whatever remains, no matter how improbable, must be the truth.”

Terms such as energy, soul, spirits, and synchronicity have become clichés in the study of life after death, as are statements like, “We’re all interconnected,” or “Everything happens for a reason.” However, flinging around buzzwords and phrases doesn’t explain the scientific basis for contact with the higher vibration of the afterlife frequency, which encompasses the  existence of the soul, communication with spirits, near-death experiences, and deathbed visions — nor does it explain how we’re all interconnected and how synchronicity is possible.

Synchronicity has seeped into our culture as a term used to describe events that seem to neatly fall into place, such as being in the right place at the right time, bumping into someone again and again, or experiencing a series of small coincidences that in hindsight feel destined. Of course, there’s also a flip side, like being in the wrong place at the wrong time, taking an unexpected shortcut and ending up in an accident, or simply having a feeling of foreboding.

We experience both positive and negative events in our lives because everything is energy, which carries both positive and negative charges. Dean Radin, PhD, chief scientist at the Institute of Noetic Sciences (IONS) has stated, “The idea of the universe as an interconnected whole is not new; for millennia it’s been one of the core assumptions of Eastern philosophies. What is new is that Western science is slowly beginning to realize that some elements of that ancient lore might be correct.”

We now know from quantum physics that everything in our material world is composed of the same subatomic particles of electromagnetic energy, known as quanta. On the most basic level, all things, from the grains of sand on the beach to your blood cells to the nuclear reactions in the sun, are not only energy but energetically interconnected. All life is energy, and energy never dies.

Spirits are part of this great fabric of energy and of intelligence, which pervades and flows through this energy. Spirits are pure quantum electromagnetic energy and as such can transmit messages and signs to us, acting as a guiding force. This is how we can end up “at the right place at the right time.” This is “spiritual synchronicity.” The challenge is recognizing, accepting, feeling, and trusting the spirit communication.

It may appear far-fetched to believe that some mysterious spiritual energy could possibly influence our daily lives, but the greatest synchronistic anomaly of all is our very existence.

Everyone familiar with science fiction has heard of antimatter, the energetic opposite of matter, which has the same amount of mass as matter. For every particle of matter, there is a corresponding particle of antimatter. When matter and antimatter particles collide, they cause the most efficient explosion known to science, which results in total annihilation.

According to recent discoveries at CERN (the European Organization for Nuclear Research), the primordial matter-antimatter explosion known as the big bang should have left a total void in its aftermath — meaning that nothing should have been left over to create galaxies, planets, and life-forms. Christian Smorra, the lead scientist at CERN, reported, “All of our observations find a complete symmetry between matter and antimatter, which is why the universe should not actually exist.”

This means there are forces beyond our understanding that influence our very existence. If energy never dies and we are all a part of and connected to this immortal composition, then these forces can also influence and be a source of guidance in our daily lives. Understanding this intellectually is one thing — experiencing it up close is quite another.

Mark Anthony, JD, the Psychic Explorer (aka the Psychic Lawyer) is the author of The Afterlife Frequency, Never Letting Go, and Evidence of Eternity. He is an Oxford-educated attorney, world-renowned psychic, nationally recognized legal analyst, headline speaker at international conferences and universities, and favorite guest on TV and radio shows. He cohosts The Psychic & The Doc on Transformation Network and is a regular columnist for Best Holistic Life magazine. Visit him online at www.AfterlifeFrequency.com.

Excerpted from the book The Afterlife Frequency: The Scientific Proof of Spiritual Contact and How That Awareness Will Change Your Life.  Copyright ©2021 by Mark Anthony. Printed with permission from New World Library — http://www.newworldlibrary.com. 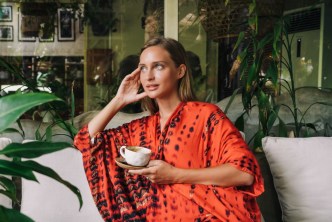 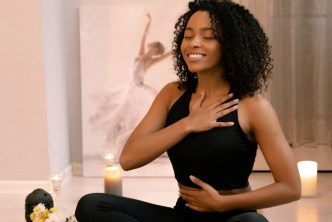 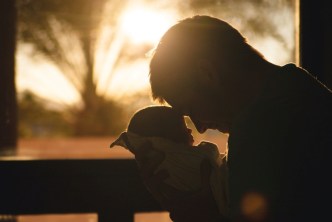 Mark Anthony, JD, the Psychic Explorer (aka the Psychic Lawyer) is the author of The Afterlife Frequency, Never Letting Go, and Evidence of Eternity. He is an Oxford-educated attorney, world-renowned...