50 articles
Roger Jahnke has been in the health field since 1967 beginning with body therapies, herbal medicine, Tai Chi, Yoga and meditation. He turned his attention seriously to Oriental medicine in 1972 with study at the North American College of Acupuncture in Vancouver, B.C., under Dr. Kok Yeung Leung who now has his school in France. In 1975 Roger transferred to the Tai Hsuan School of Acupuncture and Herbal Medicine in Honolulu, Hawaii under the directorship of Dr. L. Siou, where he completed his Master level of study and internship. In this period Qigong (Chi Kung) was particularly alluring. In 1978 Roger became the first director of the department of Oriental medicine at the Beechwold Clinic in Columbus, Ohio. He completed his doctorate in Oriental medicine (OMD or DOM) at the California Acupuncture College in Los Angeles in 1983 under an international faculty. He opened his practice in Santa Barbara in 1980 and began teaching at the Santa Barbara College of Oriental Medicine in 1981. Between 1984 and 1994 he was the chief physician and administrator of the Health Action Clinic in Santa Barbara with an interdisciplinary staff of acupuncturists, physical therapists, massage practitioners and health educators. Dr. Jahnke began the study of "Breath Physiotherapy" in 1968 with a special interest in the pranayama of Indian Yoga and study with Swami Satchidananda and Yogi Bhajan. In 1970 he began the study of Taiji (Tai Chi) with various teachers. In 1975 Dr. Siou of the Tai Hsuan School of Acupuncture and Herbal Medicine proposed that Qigong (Chi Kung) was the essence and source of traditional Chinese medicine as well as the superior physician's personal "heal thy self" discipline. To be admitted to the school serious Qigong practice was required. For over 20 years, including numerous pilgrimages to China, Dr. Jahnke has studied, practiced and taught Qigong on a regular basis. He has studied hundreds of forms of Qigong and visited with over 20 Qigong hospitals, institutes and training centers in China. He has a particularly strong connection with organizations in China that specialize in addressing cancer with Qigong. He has been the special guest of the Shanghai Cancer Recovery Association whose combination of Qigong (Guo Lin's Walking Qigong) and "social oncology". Their simple, group based methodology will have a world wide influence in the next few years. Dr. Jahnke's paper, "Qigong and Cancer", was presented at their 1995 annual conference, in Shanghai. Roger was fortunate, also, to have a special visit with the Zhineng (Intelligence) Qigong Hospital and Training Center in northern China where several thousand patients (called students) practice Qigong for several hours everyday. Besides the ease of the practice method at the Zhineng Center the method is based on the group creating a "healing Qi field" (Quchang). Even those who are incapacitated by their disease can begin to heal by being infused with healing energy from the "field" channeled and produced by the healthier practitioners. Dr. Jahnke has carefully drawn together, from research and experience, an elaborate picture of a "new" model of the physiological and energetic mechanisms that are stimulated by regular Qigong practice and other self applied health enhancement methods (SAHEM) including yoga, taiji (tai chi) and very low impact exercise systems. His work is a part of an international effort to understand the dynamic, interacting circulation of the "naturally occurring , internal, self healing resource" (NOISHR) that the Chinese and Ayurvedic traditions have called Qi and Prana. Dr. Jahnke has been a participant in the major conferences on advances in alternative and complementary medicine in New York, D.C., San Francisco and San Diego and has spoken on self healing and alternative medicine to numerous hospital systems and health care associations including The HealthCare Forum, the Catholic Health Association and the American Medical Association. In 1995 at Columbia University he presented the keynote address, "There is a Profound Medicine Within Us" for the International Conference on AIDS/HIV and Chinese Medicine. In 1991 he made several presentations at the First International Conference (in the US) on Qigong at the University of California, Berkeley. He has presented numerous lectures to America's clearinghouse for Qigong information, the Qigong Institute. His presentations have inspired professionals and citizens throughout the United States, Canada and, even, China with the simple yet amazing truth: the most profound medicine is produced within the human system through an interaction of physiology, mind and spirit. Roger's articles have appeared in numerous professional journals including "Qigong and Science" published in Guangzhou, China, the Journal of The Healthcare Forum and the Journal of Eastern Health and Fitness. He has been a correspondent on the internet regarding innovation in healthcare through HealthWorld Online, HealthOnline and the Natural Healing Forum of Compuserve. He has published several books, The Self Applied Health Enhancement Methods and The Most Profound Medicine and a popular Qigong instruction video Awakening and Mastering the Medicine Within. He is co-author of the Qigong chapter in the historic book Alternative Medicine: The Definitive Guide. You can see more of his work in the Qigong/Taiji Center and his web sites <a href="http://www.feeltheqi.com"FeeltheQi.com The Healer Within. He has several books available including the The Healer Within. Director and Chief of Staff of Health Action Medical Clinic Director of the Institute of Self-Inititated Healing Director of the Qigong Department at the Santa Barbara College of Oriental Medicine California State Board Cerified Practitioner of Acupuncture and Oriental Medicine Diplomate of the Natoinal Commission for the Certification of Acupuncturists and Herbalists Founding Board Member, Qigong/Chi Kung Association of America Member, California Association of Acupuncture and Oriental Medicine Member, American Association of Oriental Medicine Member, Advisory Council of the Qigong Institute Member, World Association of Medical Qigong You may e-mail Dr. Jahnke at: rjahnke@west.net Dr. Roger Jahnke Doctor of Acupuncture and Traditional Chinese Medicine Health Action Clinic 243 Pebble Beach Santa Barbara, CA 93117 Voice or FAX rjahnke@west.net

Many methods to reduce medical costs have failed. It is amazing that the last remaining strategy is to allow people to heal themselves. Most medical experts remain hesitant to give you permission to heal yourself. There is a large industry that... 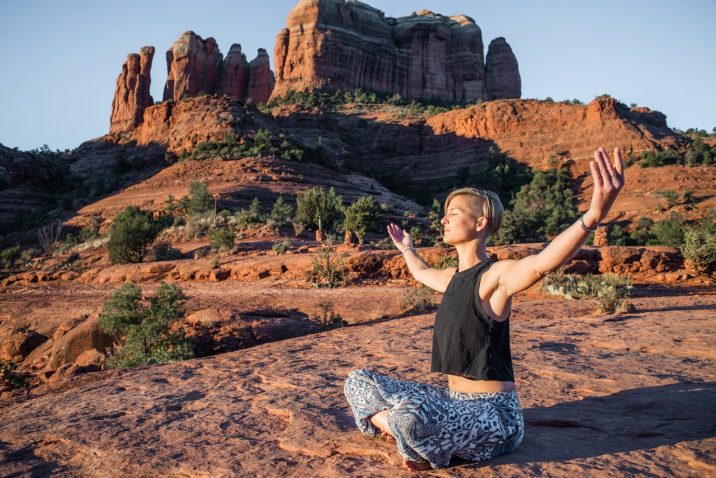 When an individual purposefully seeks a state of deep relaxation a number of very important physiological mechanisms are triggered. Many disease states are aggravated by the over activity of the sympathetic nervous system. Inducing the relaxation...

Self Applied Massage of the Ears

The traditional systems of medicine from the Asian cultures have always had some type of massage stimulation to the ears. When you work on your ears you will notice that within 4-5 minutes of vigorous massage your ears get hot. This is cause by the...

There is a self-healing impulse which is part of every person's body, mind and spirit. In "Self-Applied Health Enhancement Methods (SAHEM)" Dr. Roger Jahnke introduces a complete and comprehensive form of ancient traditions for personal development.

The presence of special breathing practices in the ancient cultures has always been a mystery to people in the Western world. In "Breathing Practices" Dr. Roger Jahnke explains the numerous beneficial physiological mechanisms that are triggered when...

This method is simply a deepening of the breath. When the diaphragm drops down, the abdomen is expanded allowing the air to rush into the vacuum created in the lungs. Then the chest cavity is expanded, allowing the lungs to fill completely. When...

The self-applied health enhancement methods movements are meant to be the seeds of your own inventiveness. In “Gentle Movements and Postures, Part II” Dr. Roger Jahnke reminds you not to sabotage your mastery by thinking they must be done a certain...

Exhale to Compress the Organs

One of the self-healing methods of the ancients that is easy and inexpensive yet absolutely profound is breath practice. Exhaling to compress the organs reveals a remarkable breath practice. This practice has a profound effect on the nervous system...

Roger Jahnke has been in the health field since 1967 beginning with body therapies, herbal medicine, Tai Chi, Yoga and meditation. He turned his attention seriously to Oriental medicine in 1972 with...

We use cookies to ensure that we give you the best experience on our website. If you continue to use this site we'll assume that you are happy with it.Ok