Approximately five to twenty percent of women of childbearing age are
affected by this troublesome condition. In addition, it is found at as many
as 20-50 percent of all gynecologic operations. Pain, abnormal menstrual
bleeding, infertility and prolonged disability may result.

Endometriosis is the presence of uterine tissue (endometrium) outside its
usual location on the inner lining of the uterus. Endometrial tissue may
implant itself on the ovaries, fallopian tubes, pelvic ligaments, abdominal
organs, old scars and in rare cases, the chest, lung, spinal cord and extremities.
The site of implantation of the endometrial tissue will largely control
the degree or severity of symptoms. Over time the implants may enlarge,
bleed, cause scarring and form tough fibrous adhesions between pelvic and
abdominal structures.

A number of predisposing factors have been suggested. Hormonal factors are
known to be important: implants often regress during pregnancy; first pregnancy
at a young age seems to protect against its development; and the disease
is more common in women who choose to either postpone or reject childbearing.
The average age at diagnosis is 37 years, and the majority of cases occur
in women between the ages of 25 and 40. Endometriosis is rare before the
onset of menstruation and after menopause

Although the underlying cause is still in question, there are three major
theories:

1. The transportation theory holds that endometrial tissue originating in
the uterus passes retrograde through the fallopian tubes to implant on the
ovaries, pelvis and abdomen at the time of menstruation. Bloodstream and
lymph vessel transport may also occur.

2. The second hypothesis suggests that endometriosis occurs at sites outside
the uterus in tissues which have the potential for developing de novo into
uterine glands.

3. The induction theory combines the above two ideas by suggesting that
transported endometrial tissue induces the development of endometriosis
through direct contact with sites on adjacent organs and structures.

Endometriosis is a notoriously difficult condition to diagnose, the conclusion
often being reached after excluding other problems. Conclusive diagnosis
often necessitates an exploratory laparoscopy may be needed. It has been
estimated that 25% – 50% of infertile women have endometriosis. Otherwise
it may be largely asymptomatic, but is often characterized by :

In mild or moderate cases herbal medication has much to offer, but in severe
cases surgery may be indicated.

Actions indicated for the processes behind this disease :


Hormonal normalizer, such as Vitex, appear to help the
body change the underlying hormonal problems.

Uterine tonics are essential for the tonic activity on endometrial
tissue. In theory this will help wherever such tissue is.

Anti-spasmodics will ease the muscular pain that is so distressing
in this condition.

Nervine relaxants help with the stress and pain.

The reproductive system is the primary focus for tonic support. The womans’
medical history and symptom picture will usually point to further areas
of support. Lymphatic drainage and general elimination would be the next
systems to support. The prescription given below is a basic one for endometriosis
without this added support.

There are no traditional specifics for this, but Dioscorea villosa
is almost specific for the pain (although not very strong). Vitex agnus-castis
may be considered the most appropriate remedy for the underlying processes
involved.

This supplies the following actions : 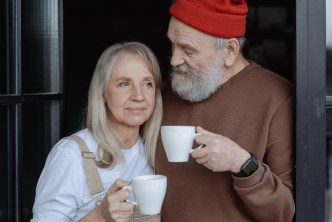 Putting Sex Back on the Menopause Menu

Got Menopause Brain Fog? Here’s What to Do.