Mushrooms: The Key to a Healthy Immune System

It becomes more difficult than ever to stay healthy during flu season, and to effectively fight infections throughout the year. Eating a healthy diet and taking a multivitamin just doesn’t seem to give enough protection any more. As our planet becomes more polluted, and the quality of our food deteriorates, we search for ways to get and stay healthy. Out of all the many immune-supporting supplements out there, I think that medicinal mushrooms are the key to vitality and wellness.

Out of more than 100,000 species of fungi, over a dozen varieties have been used in China for more than 3,000 years to increase immunity, strengthen the lungs and other organs, and as a vital part of cancer therapy. They are included in traditional Chinese medicine and used extensively by acupuncturists under their scientific names.

With my own history of lung problems – I had pneumonia and bronchitis every year as a child — they appeared to have been made for me. Mushrooms are valuable in boosting our immunity as well as giving specific lung support, making them ideal for anyone with a respiratory illness or congestive heart failure. They seem to be particularly valuable because they are made from various-sized compounds. The smaller ones contain nutrients, while the larger ones are used by the immune system to make antigens. Antigens, in turn, produce antibodies to fight disease-producing substances.

These large mushroom compounds have a unique shape that your immune system remembers. When you are exposed to bacteria or viruses with similar shaped compounds, your body remembers that mushrooms can produce the antibodies you need to fight these harmful invaders. As long as you have mushroom compounds circulating in your body, your immune system is on alert, ready to take action at a moment’s notice. This is why it is best to take medicinal mushrooms more than once a day —— so those compounds are always present. It’s also a good reason to make them a part of your daily supplement regimen.

The part of your immune system that remembers the size and shape of these large mushroom compounds are your T-cells, a product of the thymus gland. Your thymus gland protects you against harmful bacteria, viruses, and parasites, but it shrinks as we age, reducing your army of T-cells. This is why it’s so important to boost your immune system as you get older, especially before winter weather changes increase your susceptibility to cold and flu viruses. Various medicinal mushrooms may be your answer to a cold- and flu-free winter.

Shiitake (Lentinus elodes)
If you’ve ever cooked with dried Chinese mushrooms, you’ve used shiitake mushrooms. The use of shiitakes goes back to the Ming Dynasty in China where they were used for lung problems and to increase stamina. Shiitakes contain a chemical called lentinan that has been shown to reduce tumors. Lentinan is currently under investigation as a potential cancer-fighting drug. Studies are indicating, however, that there are substances in shiitakes other than lentinan that fight cancer, which is why using the whole mushroom may be best.

Shiitakes help the body make interferon, a powerful anti-viral substance. They have been used for an overgrowth of Candida albicans, for bronchial inflammation including asthma, environmental allergies, and frequent colds and flu.

Reishi (Ganoderma lucidum)
Reishi mushrooms strengthen the immune system by increasing white blood cells and cells that fight tumors. They specifically help the lungs by regenerating lung tissue. Reishis also appear to prevent bronchitis, strengthen the adrenal glands (the glands that handle all types of stress), and have antiviral effects through their production of interferon. In his practice, acupunturist and writer Christopher Hobbs, Lac, found reishis to be particularly effective for nervous or anxious people with adrenal exhaustion and even prefers to use them in these cases instead of the herb Valerian.

The Japanese government has formally listed reishi as a supplement to be used for people with cancer. They have studies showing that reishi protects against radiation. If you’ve ever had radiation treatments, you should consider taking it as a supplement. I would also recommend it for cancer protection or in cases of remission.

Maitake (Grifola frondosa)
Maitakes are becoming quite popular for one isolated substance they contain called D-fraction, a registered trademark of Maitake Products, Inc. D-fraction has been shown to have anti-tumor activity and also supports the immune system in general. But so does the complete mushroom. One study showed that maitakes blocked the growth of tumors in 86 percent of mice. People and mice are different, of course. But the history of medicinal mushrooms indicates that once again, the whole mushroom may contain co-factors that either enhance the absorption of D- fraction or add to its usefulness as an immune supporter.

One Japanese study using rats showed that powdered maitakes lowered cholesterol and increased the excretion of bile, a substance we need to digest fats. This means that maitakes could help with fat digestion. Maitakes have been used in ancient China for respiratory problems, poor circulation, liver support, weakness, exhaustion, and to strengthen the life force (Chi).

It appears that using D-fraction may be more like using an over-the- counter medication, while taking the complete mushroom is more like eating a food that enhances immunity and helps the body function more effectively. Each has its place in your immune-boosting program.

Cordyceps (Cordyceps sinensis)
Cordyceps sinensis is one of the most interesting species of medicinal mushrooms. It is a small, finger-shaped fungus that, in its natural habitat, takes over caterpillar and insect larvae with its spores. The spores germinate, emerging from the parasitized larva. This fungus has been reported to have anti-tumor activity and strong immune properties. In this country, Cordyceps are grown in sterilized mediums without the insect larvae, and appear to have the same kind of protective effects as those found in the wild.

Cordyceps seem to be a lung and kidney tonic. They help relax smooth muscles, making them the nutrient of choice for people with asthma and respiratory problems. Like the other medicinal mushrooms, Cordyceps has been used as an anti-cancer agent. In the Orient, one study showed that they strengthened legs in frail older people and reduced their dizziness. For people like me with a history of coughs accompanying chest colds, Cordyceps are ideal. They have the added ability to help recover more quickly from strenuous exercise, and are an excellent supplement for all athletes, including people who only work out on weekends.

While different medicinal mushrooms have slightly different properties, all contain beta glucan, a form of sugar called a polysaccharide. Beta glucan supports immunity by communicating with your immune system, telling it to defend you against harmful viruses and bacterium. Some mushroom products contain concentrated quantities of beta glucan, while others contain the whole mushroom with beta glucan and all the co-factors that help beta glucan and other substances work. Just remember that the complete mushroom powder or extract is a supportive food, while products that emphasize one ingredient are similar to over-the-counter medications.

Some medicinal mushrooms can be found alone, while others, such as cordyceps, are usually found in a mushroom combination. In either case, you may want to choose the powder over a tincture, as powders are usually more potent. If you do use a mushroom tincture, and some are very good, just make certain you shake the bottle well before taking it to get the little particles into the dropper that have the activity you’re seeking (mushrooms do not dissolve well in alcohol). If you’re in a crisis, like a persistent cough or asthmatic attack, you may want to take mushrooms every hour for a few days.

Unless you have real allergy to yeasts, molds, and fungi (having an overgrowth of the yeast Candida albicans is not the same as having a yeast allergy), taking medicinal mushrooms is not only safe, it may be one of the most protective substances for seasonal illnesses.

Consider buying a pound of dried shiitake mushrooms at an Oriental market —— if one is nearby. Soak a handful of them in warm water, and add slices of them to a stir-fried dish or soup. Don’t throw away the water they soaked in, since it contains beta glucans and other immune-stimulating substances. If you like, you can freeze this mushroom-water in ice cube trays and add some to soups and sauces. Let food become your medicine, as Hippocrates suggested centuries ago, by adding medicinal mushrooms to your diet and supplement program, especially if your immune system needs support, or you tend to suffer from chronic respiratory problems. 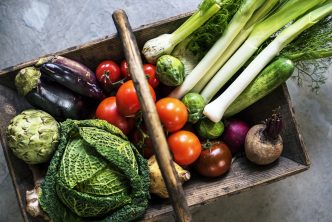 Nan Fuchs, Ph.D. is an authority on nutrition and the editor and writer of Women's Health Letter, the leading health advisory on nutritional healing for women. She is the author of the best-selling...