As an alternative to taking melatonin supplements, it is possible to stimulate the body’s natural production of melatonin through diet and exercise. According to Russel Reiter, you should:


Increase your daytime exposure to sunlight or bright artificial light, especially first thing in the morning. Seasonal Affective Disorder (SAD) is a common form of mental depression which is characterized by the onset of winter, hypersomnia, fatigue, a craving for carhohydrate and weight gain.According to Harald Gaier, SAD seems to be associated with abnormal melatonin rhythms, but symptoms can be relieved in a few days with a well established naturopathic treatment of exposure to bright lights, as has been shown in well monitored, controlled studies (AM J Psychiat, 1985; 142: 163-170; Arch Gen Psychiat, 1984; 41: 72-80). Otherwise:


Avoid bright light in the evening.


Eat foods that are rich in calcium, magnesium, vitamin B6 and niacinamide.


Eat foods rich in anti-oxidants (such as oats, rice and bananas) these protect the body’s healthy cells.


Don’t smoke, and only drink in moderation.


Minimize the time you spend in front of computer displays. Exposure to even weak electro-magnetic fields (EMFs) can affect melatonin production (Bioelectromag, 1994; 15[5]: 489-92); this in turn, interferes with the formation of estrogen receptors in the breast, which may be linked to breast cancer (WDDTY, Nov 1995). A growing number of researchers led by Russel Reiter believe that the suppression of melatonin production is the most important link between EMFs and all cancer (J Pineal Research, 1995; 18: 1-11).


If you have a serious problem with memory loss, why not try lecithin, a plant extract, which stimulates the output of choline, an important chemical for the brain. Although much larger studies will probably be needed, researchers at Florida International University gave 41 healthy retired people two tablespoons of lecithin a day and, after five weeks, their memory test scores had jumped by 20 per cent.


Insomniacs may also benefit from treatment with lavender oil, which can act as a mild sedative. Tests carried out so far show patients to be less restless during the night. Although results are only preliminary, lavender oil could become a cost effective alternative to drugs and reduce side effects (Phytotherapie, 1990; 11: 87-92; J Pharm Sci, 1993; 82: 660-64). 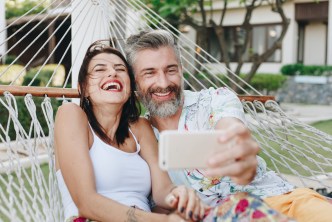 Written by What Doctors Don't Tell You
Add comment
Drug Review: DES – The Scandal Continues
FacebookTwitterPinterestWhatsApp
ASK THE AMISH: Why does this sect have lower rates of diabetes II?