There's a Yogi in the Kitchen!

Siri-Ved Kaur Khalsa4 min read
What is Yogic Cooking?
This is the first in a series of articles on preparing Curry. This month, the focus is primarily on SPICES. Next month, we’ll talk more about how to make a great Masala!

To most Westerners, curry or “curried” refers to anything that is made with curry powder. Curry (pronounced more like “kuhdee”) is actually a special dish, usually somewhat saucy and made with yogurt or buttermilk that is thickened with a little besan (fine flour of the Indian black garbanzo bean). Sometimes the cook will forego the use of yogurt or buttermilk entirely, and use a spiced besan gravy.

What we call “curry” (such as a vegetable curry) is really just the normal way of preparing vegetables in India, and it is simply called “subjee” or “subzee” (which, literally, means “vegetable”), or the name of the vegetable (such as Alloo Mattar – potatoes and peas). There are countless ways to prepare subjee! But the basis of nearly all curried dishes is the masala, the spicy mixture in which the vegetables simmer.

There are two basic ways of preparing vegetables, with a gravy-like masala usually including onions, garlic, ginger, spices and sometimes tomatoes, or with a drier masala (sometimes as simple as ghee, turmeric, chilies, salt and pepper). The latter is usually quicker to prepare, as the gravy masala needs to cook for a good 10-15 minutes to bring out the best qualities of the spices and produce the best flavor. You can speed things up a bit by blanching or steaming the vegetables first, just enough so they are almost done, and then adding them to the cooking masala or spice mixture.

What Spices to Use?

First of all, hide that curry powder. Although you can make nice-tasting dishes with curry powder, they will all taste the same, because you are using exactly the same blend of spices each time, rather than adjusting the flavors to suit the particular vegetable, or choosing spices for their traditional therapeutic value. Here is a very short shopping list of basic ingredients you should have on hand:

Those are the basics. Other ingredients I always keep on hand are: cinnamon, black cumin (kala jeera), whole cloves or clove powder, black salt, ajwain (oregano seeds), garam masala, poppy seeds, black mustard seeds, cardamom seeds (ilachi), black cardamom pods, nutmeg, fennel seeds, caraway seeds, peppermint (dry is fine), besan, mango powder (amchoor), tamarind paste, and asafetida (hing). As I tend to cook more in the style of Northern India, there are many spices used in other styles of Indian cooking that I have not included in the above list. Go to an Indian market and browse. You will delight in all of the different aromas and items available there!

As much as possible, I use whole, non-irradiated spices. I have a small inexpensive electric coffee grinder to freshly grind them and in a few moments can easily whiz up enough to last a few weeks at a time.

I do this for some important reasons! First of all, flavor and potency of the spice. Spices contain oils that begin to immediately dissipate once they are ground. As the oils degrade, the flavor and essential goodness of the spices also decrease. When you grind your own spices, you will find that the foods you prepare wake up with such incredible flavor! And the coarser grind that is attained with the coffee grinder makes for a very pleasant texture and surprise little bursts of flavor in the food you prepare. (For some spices, such as turmeric, cloves, cinnamon… you usually want them to be more powdery, and you cannot attain this with a home grinder. So, I will also buy those in the powder form.)

Know What Is In That Spice Jar!

Secondly, the FDA allows food producers to have certain percentages of nondesirable foreign matter in food. It is impossible for any large food production enterprise to have bins, silos, and hundreds and thousands of pounds of spices, grains, and flours, without infestation and impurities. So, such things as rat droppings, insect parts, dirt and other debris are allowed to be in those ground spices. And, trust me, if they are allowed, they are there. With whole spices, you can at least see what you get!

As for non-irradiated/non-GMO, this is a choice that is entirely up to you. Most products are not labeled. There are strong feelings both ways on this.

Where to Buy Your Spices

You can buy spices at the best price in Indian and ethnic markets, but these may be irradiated. As much as possible, purchase whole spices in these stores. You will pay exorbitant prices at health food stores or supermarkets for an ounce or two. I trust Frontier Herbs and have a source for purchasing their products in 1-pound quantities. Other sources of less expensive spices are restaurant supply stores (such as Smart & Final or Surfa’s in L.A.), or the bagged spices usually found in the Mexican foods section of supermarkets.

How to Store Your Spices

Do you like to keep your spices in plain view, maybe in a cute little spice rack, in clear jars? If so, this pretty much guarantees that the quality of your spices will more rapidly decrease. Keep them in a cabinet, or at least in amber-colored jars, away from light, and air tight. Glass jars make the best containers, as the oils in most spices seem to help plastic break down. Buy ground spices in very small quantities. Whole spices, on the other hand, keep longer and you can buy them in larger amounts. Spices don’t go “bad” or rancid. Old spices just have very dull, dusty flavor. 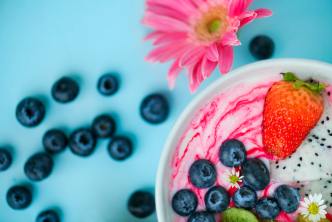 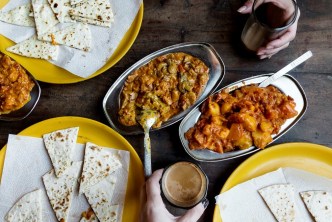 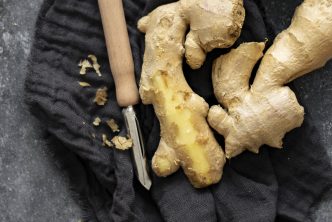 Siri Ved Kaur first learned about yogic cooking at the side of her spiritual teacher, Yogi Bhajan, starting in 1971, when he invited her into his household to cook for him. During those years serving...