When Something’s Missing From Your Meal…

Have you ever noticed that sometimes after you’ve finished a meal, you don’t feel satisfied? Something was missing, but you can’t put your finger on what it may be.

It’s possible that some of the 10,000 taste buds on your tongue didn’t get enough stimulation with that meal. With taste buds for sweet, sour, salty, bitter and savory (a specific taste found in the amino acids of protein), it can be difficult to keep all five “buds” satisfied.

It’s quite easy to satisfy the sweet, salty, bitter and savory taste buds, but to activate the sour ones, it will take a bit, not much, of menu planning.

Cultured foods can fill that missing gap in the meal and make the process easy. These foods simply start with a whole, natural food, and change it to a new, slightly sour food with a different texture within a matter of hours through a process of fermentation. The process is totally natural.

Cultured foods include foods such as sauerkraut, Kim Chee, cheese, kefir and yogurt, but other foods can be cultured, including soybeans, eggplant, cucumbers, and turnips. In different cultures, whatever vegetable is in season is used for culturing.

We Need Bacteria in Our Intestinal Tract

The two primary reasons why cultured foods need to be a part of one’s diet are:

Surprisingly, we’re all “walking bags of bacteria.” Our body is comprised of 10 trillion body cells that collectively compose our organs, bones, nervous system, muscles, skin, hair and nails. However, inside the numerous feet of our intestinal tract is an estimated 100 trillion live bacteria, viruses, fungi, parasites of about 500 different species; both good and bad, that set up their own environment for either health or illness. A ‘good’ or ‘friendly’ species is one that synthesizes different vitamins and when in high numbers, creates health. A ‘bad’ species is one that creates disease or pathology in the body by its presence in high numbers. Collectively, the good and bad microbes are called flora.

It’s entirely possible that your intestinal microbes could be signaling to you at the end of a meal with a message of “feed me!” through that feeling that there’s something missing from the meal. Cultured foods not only feed the flora; they also restore the healthy balance between the good microbes and the bad ones and contribute to optimum functioning of every organ in the body.

We’re Out of Balance

The reason why it’s important to incorporate more appropriate live flora on a daily basis is that it’s easy to get out of balance with these microbes. One dose of a broad-spectrum antibiotic will annihilate the good and bad bacteria together, similar to a terrorist act at the microscopic level, within your intestines! The antibiotic may not kill resistant fungi or parasites, though, which then gives them the chance to proliferate wildly. Even an antibiotic that is more specific will still have terrorist actions on your gut microbes.

High amounts of sugar and processed foods will do the same thing. And chemicals and pesticides in the foods we eat could possibly be a more specific type of ‘terrorist act’, paralyzing certain types of the friendly bacteria and other flora.

Every food we eat contains a mixture of good and bad live flora. The bacteria on fruits and vegetables, nuts and seeds colonize our intestinal tract, leaving species that implant themselves in the colon and create health. Unless there has been animal contamination in the crop fields or human contamination in the processing process, these foods and the flora they contain are safe.

Cultured Foods: The Answer to More Satisfying Meals… And Some Intestinal Problems

Researchers have found that good bacteria in the gut activates a substance in plant cell walls and fibers called SLC5A8 which transforms undigested glucose to energy. SLC5A8 acts somehow as a transporter of short-chain fatty acids in the colon, which the colon uses for energy. The SLC5A8 also is closely tied to colon motility. When the bacterial flora is wiped out and in cases of colon cancer, the SLC5A8 levels are decreased significantly.

It’s the act of processing foods that starts to create an imbalance in the flora a food naturally contains. The food industry, concerned with food safety, uses different methods to ‘sanitize’ or ‘sterilize’ the foods it prepares for mass human consumption. Irradiation, the use of chemicals and preservatives, flash heating, microwaving, and pasteurization will all destroy the good, and bad, natural micro-organisms found in food.

In one Canadian study, researchers gave probiotic supplements, which are a combination of micro-organisms, to colonize the gut to 28 intensive care patients suffering from multiple organ dysfunction syndrome. Within a week, their immunity was greatly enhanced.

You need an intestinal SWAT team, and the easiest way to bring one in is with cultured foods. These foods are teeming with dozens of strains of micro-organisms that will replenish those armies of good bacteria that have been depleted or damaged. Once replaced, the friendly microbial flora is ready to stand in your defense, and this SWAT team isn’t just helpful for gastrointestinal health.

In another study, mice were given an antibiotic, which wiped out the intestinal flora, then subjected to a fungi. Within a few days, allergic hypersensitivity toward the fungi appeared.

Research now shows us that it seems we have a second brain, one that emanates from the commander of the gut’s army of microbes. The microbes produce hormones and other chemicals that influence the immune system, the brain, the reproductive organs, and every other part of the body.

Cultured foods can provide you with a complete spectrum of micro-organisms on a daily basis. One serving of a cultured food can be better than an entire bottle of probiotic supplements you find on the shelf at the health food store. That’s because each cultured food will naturally provide you with dozens of species of bacteria, as compared to five or maybe 10 different species in a supplement. Natural health enthusiasts believe that in sauerkraut alone, there are close to 300 species!

Cultured Foods Are Easy to Prepare

Some of the same species of bacteria used to ferment foods now are the same ones used hundreds of years ago. That’s because the eco-system hasn’t changed all that much, bacteriologically speaking. Food still ferments naturally at room temperature, and depending on the cultured food you’re making, you can choose to add starter organisms or use the environment’s natural flora.

The cultivation of cabbage goes back millennia as does the creation of sauerkraut recipes. The Chinese and Mongolians used the food as a nourishing food. The Celts are said to have introduced cabbage to the British Isles as early as the 4th century B.C.

Sauerkraut recipes start with raw green and/or red cabbage and salt is added to create a brine necessary for the natural fermentation process. You’ll need no starter bacteria, although there are starter grains available for making sauerkraut, Kim Chee and other fermented vegetables.

The sauerkraut that you make in your kitchen will be a far better product than that found in most grocery stores. Commercial brands have often been heated or pasteurized, killing the food’s innate natural flora.

This is a traditional Korean dish made of seasoned vegetables that are fermented and eaten with rice or in stew. References to Kim Chee recipes date back 3000 years ago. In the 1800s, Napa cabbage was used instead of a traditional head of cabbage, and chili peppers were added to spice up the recipe. This recipe became quite popular.

Kim Chee can also be made from radishes, cucumber, turnips, and are seasoned with ginger, onions, garlic, fish, oysters, and shellfish. Kim Chee is rich in vitamin C when cabbage is the primary ingredient, and naturally high in vitamin A, thiamine, riboflavin, calcium and iron.

Miso is a traditional Japanese dish produced by fermenting soybeans with a starter culture known as Koji, Other grains such as barley, wheat, buckwheat, corn, millet, amaranth, and quinoa, and even hemp and chickpeas, are used. Koji starter culture is from the mold, Aspergillus. Thus, those with mold sensitivities should not eat this food.

To prepare Miso, the grain and Koji is mixed with water and salt, usually in a barrel, and allowed to age for up to a few years. The longer the aging process, the better the flavor.

A study published in the Journal of the National Cancer Institute (June 18, 2003) showed that women who consumed three or more bowls of miso soup daily reduced their risk of getting breast cancer by about 40 percent compared with those who had only one bowl.

Yogurt has become a staple in the diet for many Americans as well as those in other cultures. Loaded with Lactobacillus species of bacteria, many have used yogurt to help restore friendly bacteria in the gut after antibiotic use.

Kefir milk is another great fermented beverage made from cows milk. The protein in Kefir is easier to digest than non-fermented milk. The tasty beverage is an excellent choice for those with digestive disorders, the elderly, invalids and babies. Kefir milk, when made from mammal’s milk, is rich in the amino acid, tryptophan, which is helpful for its relaxing benefits on the nervous system. It also contains calcium and magnesium, is a good source of phosphorus, vitamin B12, B1, vitamin K, and biotin. By providing many nutrients in substantial amounts, kefir milk can also help eliminate cravings for unhealthy foods.

Kefir is such an incredible food that we will cover much more on Kefir in next month’s article!

The regular consumption of cultured foods will constantly aide in building a healthy intestinal flora. They are powerful foods that should be consumed daily, if not with every meal!

Learn how easy it can be to make your own cultured vegetables and Kefir with Chef Teton’s DVD on Cultured Veggies and Kefir. Go to: http://www.chefteton.com for more information about this ‘easy to learn’ cooking show which will show you exactly how to use starter grains and make a healthy batch of cultured veggies of your choices. Making your own is the most affordable and healthy way! 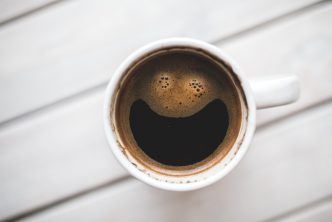 Medical Disasters and How to Avoid Them (Part 2)

Susan Teton Campbell, an evangelist for great food, began her career when she went to work with John Robbins, author of Diet for a New America and Healthy at 100. While working with notable health...