It can boost your immune system, reduce pain from headaches, fibromyalgia, and surgery, and lower anxiety before a surgical procedure. Nurses have been using it for decades to reduce stress in patients. Now hospitals throughout the country are adding it to their healing protocols. In fact, it’s already available in my small, local hospital and the Kaiser Permanente near me.

This healing therapy became more widely used after hundreds of sound scientific studies found it works to improve our health. The technique I’m talking about is guided imagery — the art of mentally concentrating on positive images to accelerate healing. If you’re not using it as part of your own health program, perhaps you should. It costs almost nothing and it works.

Guided imagery uses your thoughts to affect your body and emotions. It’s an excellent adjunct to either traditional or complementary medicine.

I first learned about guided imagery in the 1970s. I had helped co-found one of the first holistic health centers in the country. I heard that Carl Simonton, MD and his wife, Stephanie Matthews-Simonton, a psychologist, were successfully using visualization with terminal cancer patients. I read their books, listened to their tapes, and spoke with Dr. Simonton personally.

Then I began using guided imagery with some of my patients. I noticed that it reduced their headache and muscle pains.

Beyond anecdotes
Now there are literally scores of sound scientific studies that support the effectiveness of guided imagery. In one, a group of patients scheduled for colon surgery were either given standard care or listened to a guided imagery tape three days before their surgery and six days afterward. Those who heard the tapes had significantly less anxiety before their operations and much less pain afterward.

In another, over 100 patients with chronic tension headaches listened to a guided imagery tape every day for a month. They had less pain and more vitality than patients who didn’t use this technique.

But guided imagery does much more than reduce pain. It speeds up healing. Patients who used guided imagery before having their gallbladders removed had less inflammation in their incisions than those who had traditional care. They also had less anxiety and lower cortisol levels. From my past articles, you know how serious high cortisol levels are, especially for women (you can re-read these articles on my website). Chronically high cortisol can impair your immune system and memory.

How to use guided imagery
Guided imagery uses all your senses: taste, smell, touch, hearing, and feeling. For instance, if you want to lower your blood pressure or reduce anxiety and you’re visualizing lying on a beach on a deserted island, don’t just stop when you “see” a picture of the beach in your mind. Feel the warmth of the sun, the texture of the sand as it runs through your fingers. Smell the sea breeze and imagine you can lick the salt off of your mouth.

Make the scene as real and complete as if you were there. This intense focusing will result in the physiological changes that lower anxiety.

If you have a headache, you can visualize your pain as being a stone. Hold it in your hand. Is it warm, cool, or cold? Is it smooth or textured? Feel its weight. After you’ve held it for a while, feeling, seeing, and touching it so it seems completely real, throw it away as far as you can. Notice that your pain level has lessened.

It’s helpful to use guided imagery media designed by knowledgeable health care professionals. You can buy CDs, download online,, or make your own. I like the latter. It allows you to tailor a session to your specific needs. Martin Rossman, MD, one of the pioneers of guided imagery, has sample scripts you can use in his excellent book, Guided Imagery for Self-Healing (H.J. Kramer, 2000). He also has CDs and other related tools available through his website: http://www.thehealingmind.org.

Guided imagery is powerful
The images that work for one person may work against another. For instance, the Simontons have tapes for cancer patients that focus on visualizing a strong immune system fighting and killing cancer cells.

A friend of mine who had cancer, writer Anais Nin, was using these tapes. One day, she said to me, “Nan, I can’t do this any more. I don’t want to give any emphasis to cancer. I don’t want to visualize cancer cells at all.” I helped Anais create a visualization where she imagined her body healthy, instead. This shift from a negative to a positive image made all the difference to her.

Originally, guided imagery was used as a solution for patients with chronic pain. It’s now gone far beyond pain control and is being taught to nurses, psychotherapists, and other health care providers. It’s part of Blue Shield of California’s Lifepath program for stress reduction. Insurance companies and hospitals are using it because it’s cost-effective.

At Stanford University, guided imagery saved $400 in medical costs to arthritis patients for an investment of $54 in guided imagery sessions. This is a therapy whose time has come. For more information, read Dr. Rossman’s book, or contact the Academy for Guided Imagery (www.academyforguidedimagery.com). 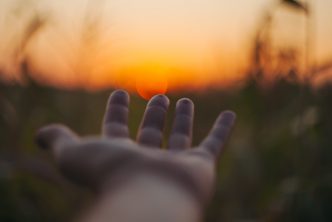 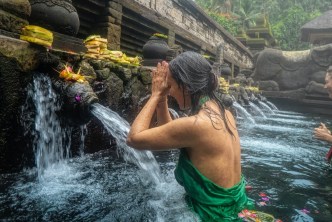 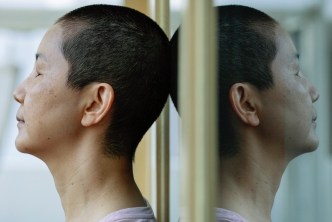 Fighting Cancer From Within

Fighting Cancer from Within: How to Use the Power of Your Mind for Healing

Nan Fuchs, Ph.D. is an authority on nutrition and the editor and writer of Women's Health Letter, the leading health advisory on nutritional healing for women. She is the author of the best-selling...