When it comes to medical research on sex, most of the attention is on sexually transmitted disease and sexual disfunction-Syphilis, gonorrhea, chlamydia, HIV/AIDS, impotence and frigidity. From this point of view, having sex is a grim and risky business.

Yet sex is probably one of the most common, and certainly most pleasurable activities we humans experience-indeed essential for the survival of the species. Yet only a handful of studies exist to help us understand and enhance the health benefits:

Now a new study published in the esteemed British Medical Journal offers more good news. The findings suggest that men who have frequent sex are less likely to die at an early age.

An intrepid group of researchers from Great Britain included a question about sexual activity in a long-term study of health. The authors studied nearly 1000 men aged 45 to 59 and living in or near Caerphilly, Wales. The men were asked about the frequency of sexual intercourse. They were divided into three groups: those who had sex twice or more a week, an intermediate group, and those who reported having sex less than monthly.

A decade later, researchers found that the death rate from all causes for the least sexually active men was twice as high as that of the most active. The death rate in the intermediate group was 1.6 times greater than for the active group. A similar pattern of longevity and frequency of orgasm was found for all causes of death, coronary heart disease, and other causes.

Of course many questions arise with this type of study. Does the frequency of orgasm cause the improved health? Does poor health cause lower sexual activity? Or does some other factor such as physical activity, alcohol, depressed mood, or “vital exhaustion” cause both poor health and less sexual activity?

The researchers did find that strength of the results persisted even after adjusting for differences in age, social class, smoking, blood pressure, and evidence of existing coronary heart disease at the initial interview. This suggests a more likely protective role of sexual activity.

To quote the researchers:

“The association between frequency of orgasm and mortality in the present study is at least-if not more-convincing on epidemiological and biological grounds than many of the associations reported in other studies and deserves further investigation to the same extent. Interventions programs could also be considered, perhaps based on the exciting, ‘At least five a day’ campaign aimed at increasing fruit and vegetable consumption- although the numerical imperative may have to be adjusted.”

More research is needed. Any volunteers?

Since the overall death rate was reduced 36% for an increase of 100 orgasm per year, one could easily imagine a new prescription for health:

Such a prescription might have few side effects and would be far more pleasurable than many other regimens often prescribed. And even if sex doesn’t prove to add years to life, it may add life to years.

What We Can Learn from the Dying 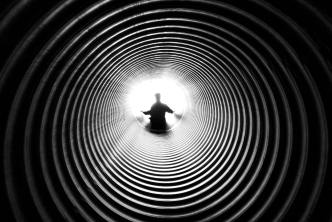 Written by David S. Sobel MD
Add comment
How Calcium and Magnesium Can Slow Down Aging
FacebookTwitterPinterestWhatsApp
DHEA: Is It Really the Fountain of Youth?